As the core equipment of photovoltaic power generation system -- inverter, it is very important for users to have a detailed understanding of its type and applicable environment.

These three kinds of inverter design scheme, you must know!

With the rapid development of the photovoltaic industry, the competition in the industry has gradually increased, the technical routes are diversified, and the quality of photovoltaic equipment is uneven. However, many pv users do not understand the structure of the power station and the selection of equipment types, and do not know how to identify and operate the photovoltaic products. As the core equipment of photovoltaic power generation system -- inverter, it is very important for users to have a detailed understanding of its type and applicable environment.

The centralized inverter has been used for more than ten years and is the most mature photovoltaic power station inverter scheme. The photovoltaic power station is composed of components, junction boxes, inverters, box changes and power grid. The centralized inverter scheme is photovoltaic module generation, which gathers the current from the junction box and transfers the dc to two 500KW inverters, and then goes through the double-split box transformation and grid-connection.

Features of the centralized inverter scheme:

3. The number of MPPT(maximum power tracking) is small and the power generation is not high;

The cascade inverter scheme is that the photovoltaic module generates electricity and then sends it directly to the inverter for inverting into alternating current, which is then transferred to the double-winding box grid-connected network through the ac junction box. Compared with the centralized type, the group series inverter has a small power, with a single inverter between 5k and 50kw. Each inverter has MPPT, so the number of MPPT in 1MW is far more than that in the centralized type, and the corresponding power generation also increases accordingly. 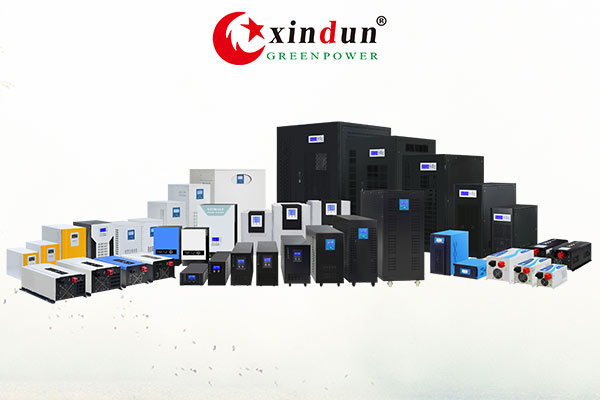 The characteristics of the scheme of group series inverter:

1. The inverter is small and suitable for distributed projects or domestic pv projects;

3. Due to the small power of single machine, more inverters need to be equipped per MW, and the corresponding costs are relatively high;

5. With a large number of outlets, it is easy to generate resonance and has poor adaptability to the power grid.

Features of the centralized-distributed inverter scheme:

1. Centralized connection and good adaptability of the power grid;

2. The cost is between the centralized type and the cluster type;

3. The power generation is improved, while the loss is reduced, resulting in high system efficiency;