How does solar power work in a home? What has to happen for plain sunlight to be converted into electricity that can power your home appliances? Xindun Power will answer those questions in the following contents.

How does solar power work in a home?

There are no moving parts. No combustion takes place, nor is any noise generated. No space is required other than the surface of your roof. It requires no fuel, just sunlight. And despite all that, it can power your entire home.Yes, I’m talking about solar energy. The way it works seems so remarkable and mysterious that it seems almost like magic. But solar power production is actually pretty straightforward. So, how does solar power work in a home? What has to happen for plain sunlight to be converted into electricity that can power your home appliances? The following contents will answer those questions. It will also look at how solar energy works at night, and the role batteries play in solar power systems.

Homes with solar power systems typically have between 15 and 25 solar panels installed on their roofs. Each solar panel comprises a string of 60 or 72 photovoltaic cells, each made out of Monocrystalline or Polycrystalline silicon. The solar cells are designed to capture sunlight, and convert it into direct current (DC) electricity through the photovoltaic effect. The amount of solar electricity that is produced depends on the strength of the sunlight and the design of the solar panel.

Home appliances are designed to use alternating current (AC) electricity, so the DC power generated by the solar cells needs to be converted before it’s supplied to the home. This function is performed by a solar inverter.

In most homes, there is a single “string” inverter installed. These string inverters, also referred to as “central inverters”, receive the combined power from all solar panels before converting it.

However, solar inverters can also be installed at the module level; in those cases, small microinverters are attached to each individual solar panel to perform the AC-to-DC conversion. 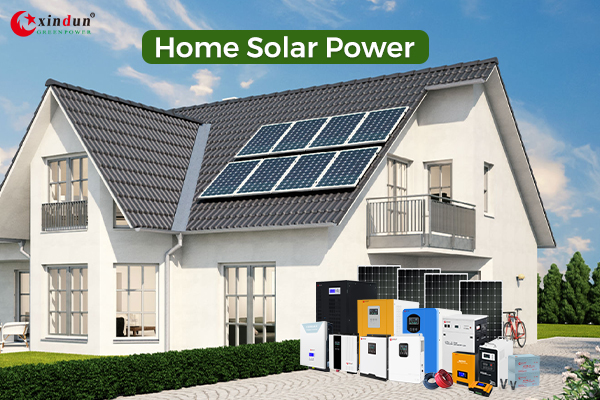 The inverter will then feed AC power at the required voltage (110V/220V) to your circuit board; this power is now available to service any electrical loads within your property. With grid-tied solar power systems — the most common type of solar system installed in homes — you can, at any time, use either solar power, grid power,or a combination of both. If the loads in your house are greater than the power supplied by the inverter, then your loads may be met by a combination of sources: partly from your rooftop solar power, and partly from the electrical grid.

4. Excess solar power is exported to the grid

If you have solar panels installed, it’s common to generate more solar power than your total electrical loads require (what your energy needs are). When this happens, the excess energy flows out from the home to the electric grid via your utility meter.

The utility meter will need to be a special “net meter”, which can keep a separate record of what electricity you export to the grid and what you consume from the grid.

How does home solar power work at night?

Solar panels need sunlight to generate electricity, but we all know that the sun doesn't shine at night. To service your electrical loads after dark, the solar system require battery(Lead Acid,LiFepo4,GEL,Tubular battery optional) for backup use and energy storage. 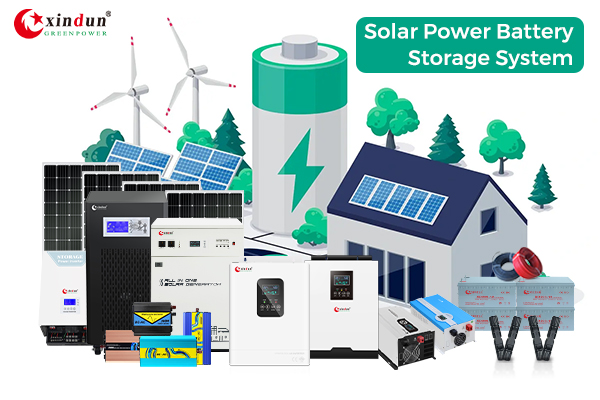 How does battery storage work with solar energy?

Homeowners pair their solar panels with battery storage to create an off-grid solar system. This allows them to store their excess daytime solar power for nighttime use. When the day time with the PV input or the grid power connected, the PV input and grid power can charge the battery for the power storage and when the night time, the battery supply the power for your loads via inverter.

Xindun Power has been focusing on the production and R&D of household solar system products for more than 16 years. If you want to know more about how does home solar power work, or you want to find some solar system products suitable for your market: high frequency and low frequency inverters, single phase and three phase inverters, hybrid inverters, UPS, solar panels, solar charging controllers, batteries, etc, We are happy to help you solve problems and provide you with high-quality solar products.