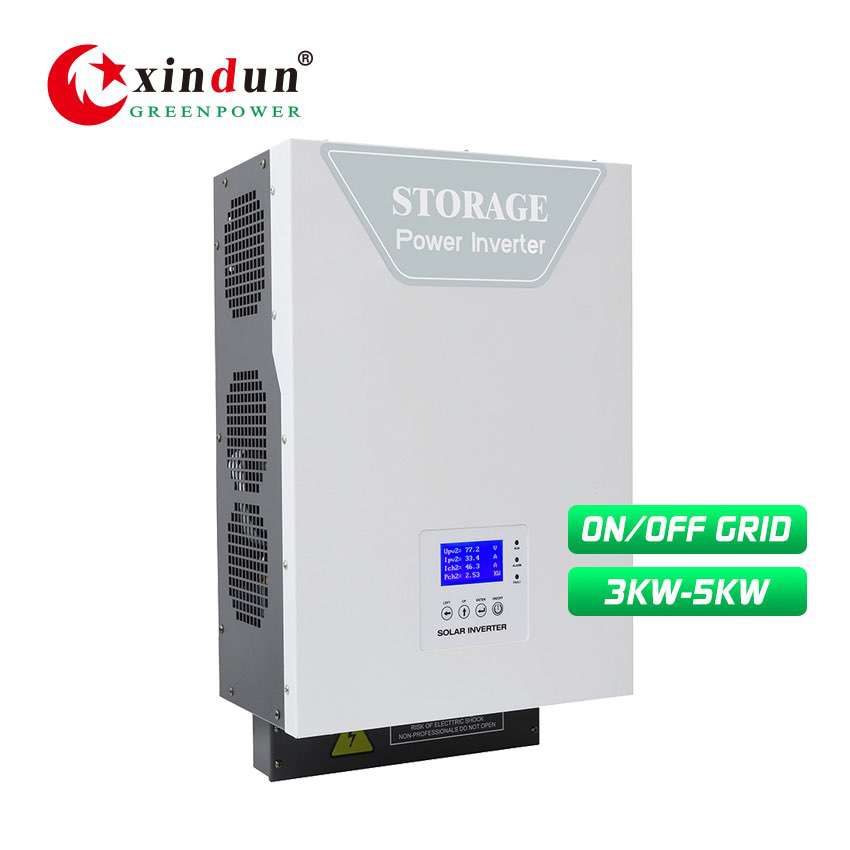 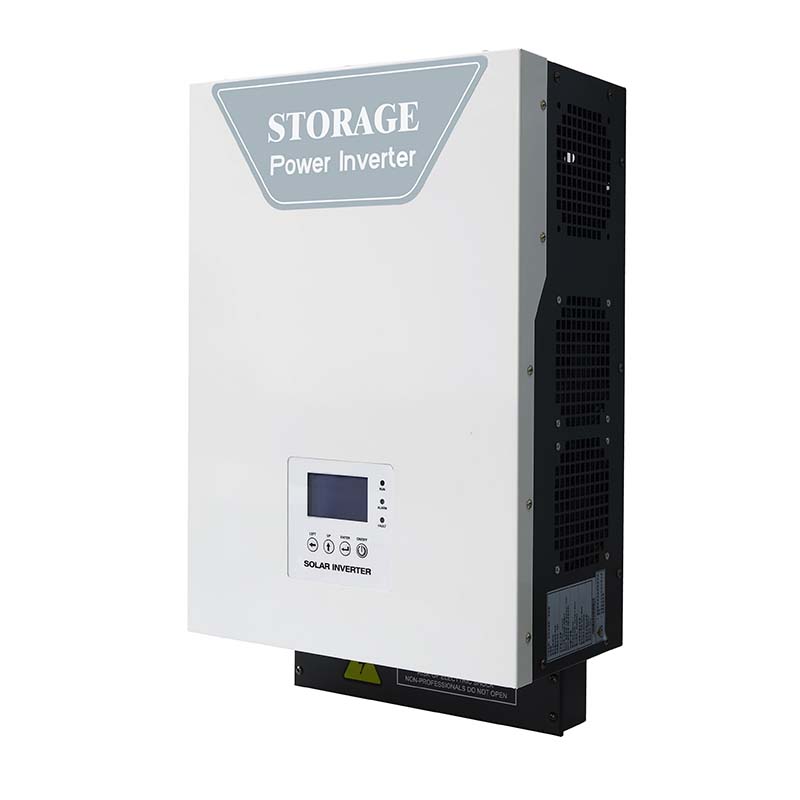 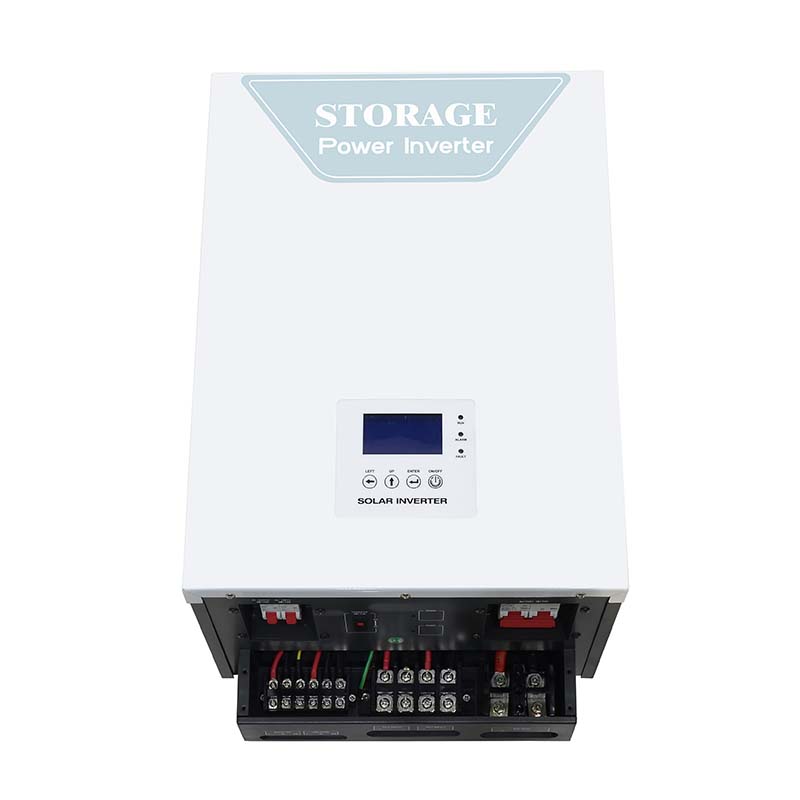 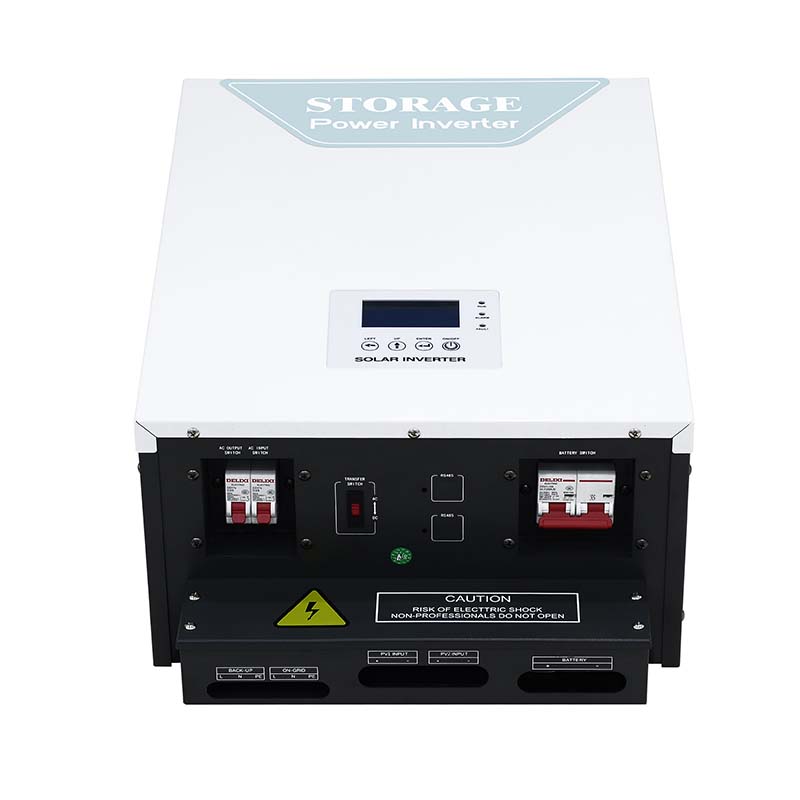 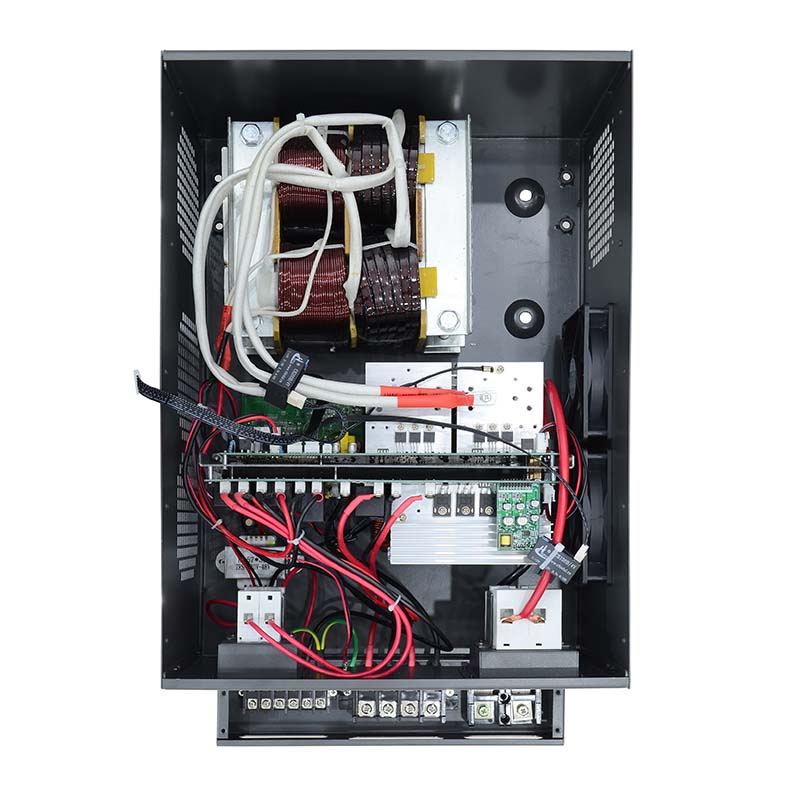 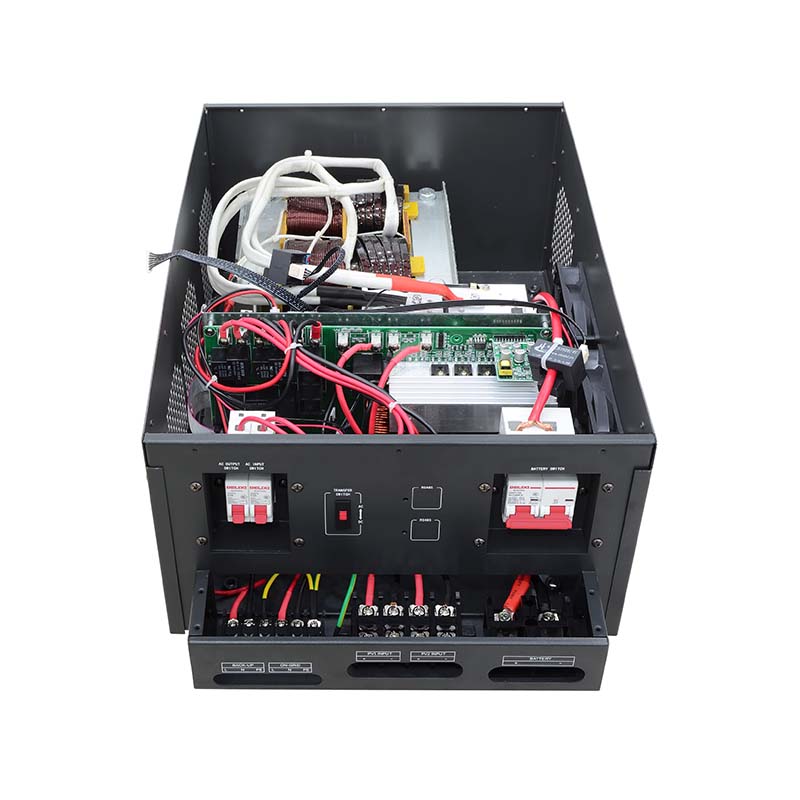 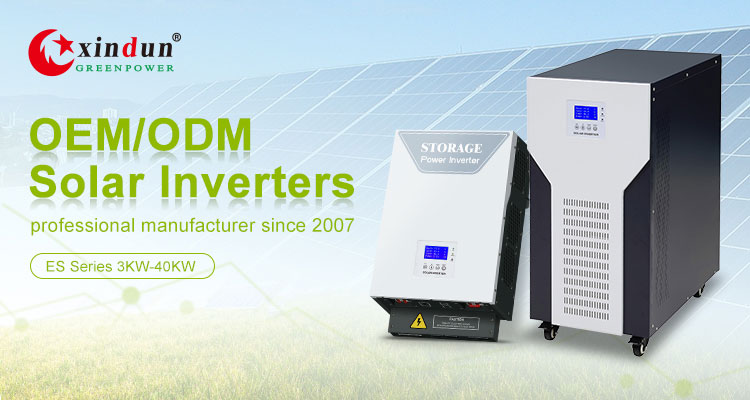 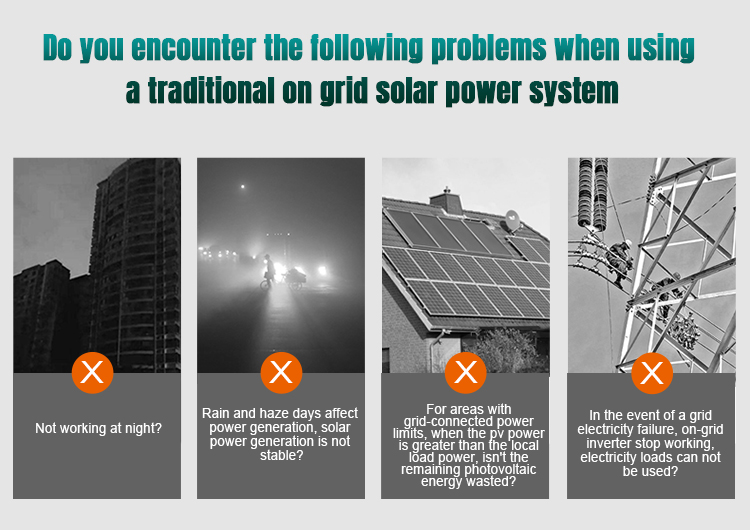 ■ Why Use On Off Grid Tie Solar Inverter

1: Peak clipping and valley filling to help you earning revenue

During the valley period (when the electricity price is low), the power grid charge the battery through the inverter. During the peak period (when the electricity price is high), the inverter send full power to the grid. Under the condition of satisfying the load demand, the battery power is also fed to the power grid, to achieve the purpose of selling electricity to grid. By using the on off grid tie solar inverter, it is not only reduce the pressure of electricity, but also obtain the economic benefits of peak valley difference in electricity charges.

Peak and valley time periods can be set up by users.

2: Off-grid power generation, which can be used as a backup power source when the power grid is cut off

In the event of a power grid failure, the grid-tied mode of the inverter stops working, and switch to off-grid mode automatically, solar power continues to be generated to provide uninterrupted power to the loads, and the remaining photovoltaic energy is stored in batteries

The system uses PV energy as priority at any working modes, when the energy of PV is not enough, it can be supplemented by power grid or batteries. When the PV energy is surplus, the battery is stored or send to the grid, to achieve the purpose of self-use and extra power send to the grid, realize the full use of PV power generation

4: Both PV/AC can charge the batteries

This on off grid tie solar inverter is compatible with lead-acid battery, lithium ion and other battery types. Both PV/AC can charge the batteries with 3 section/2 section charging mode, it can prolong the battery service life.

In the state of power grid supply and photovoltaic power supply, the on off grid tie solar inverter automatically starts up to facilitate the power management in the case of unattended.

There is no loss when grid supply power to the loads through inverter. When photovoltaic and battery supply power to loads, the inverter loss is less than 10%, leading among peers.

1 Integrated intelligent energy management system, a variety of modes can be set； 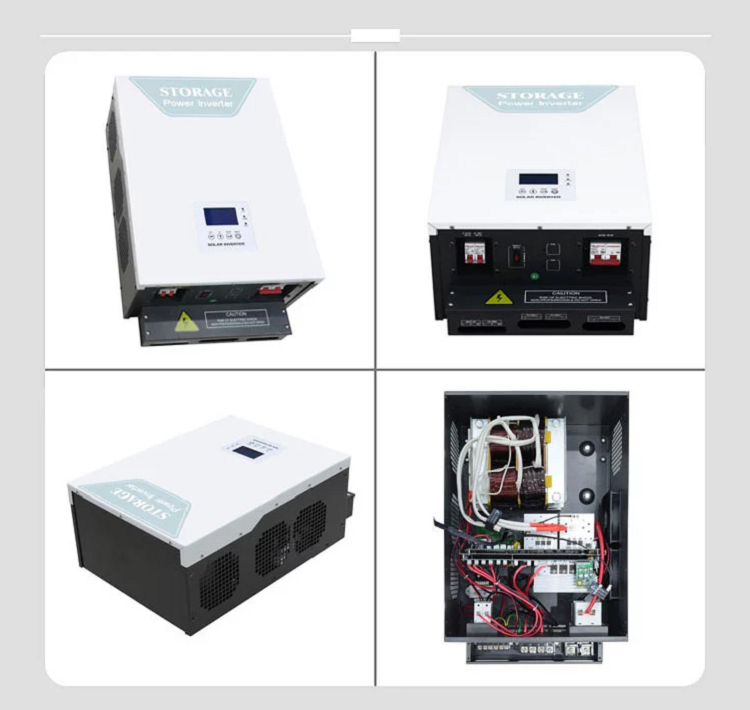 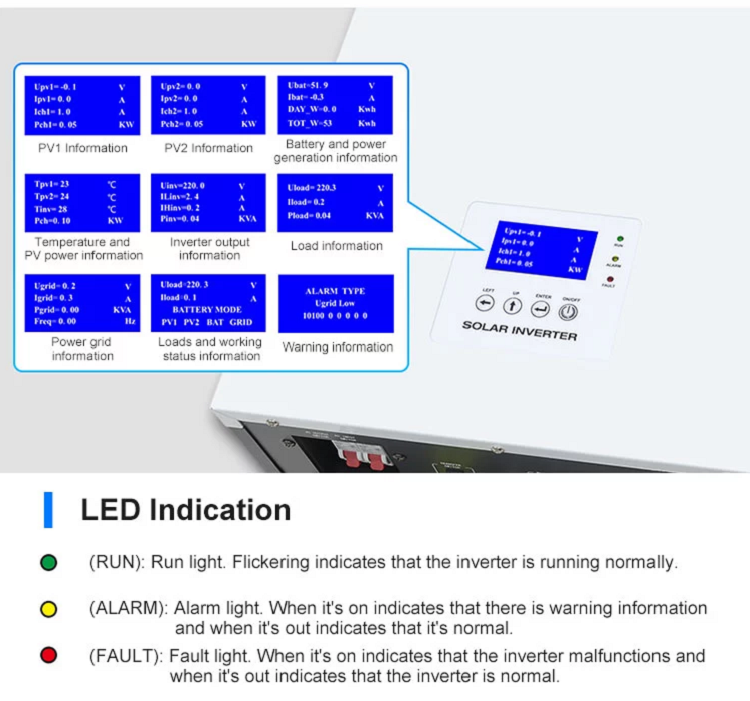 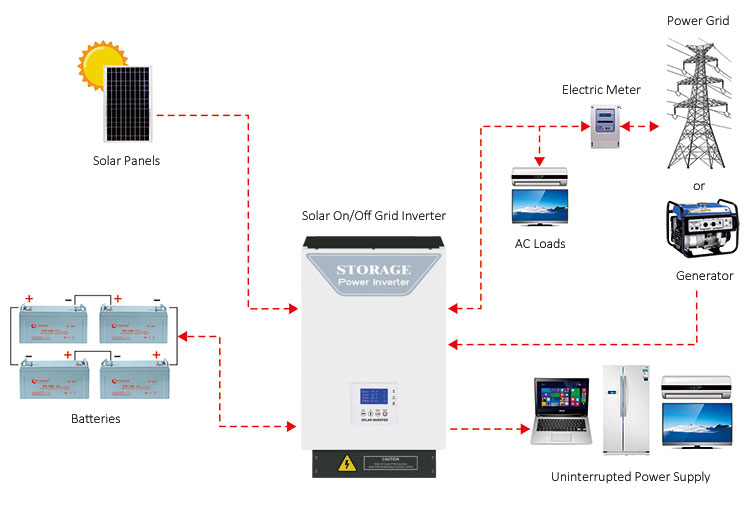 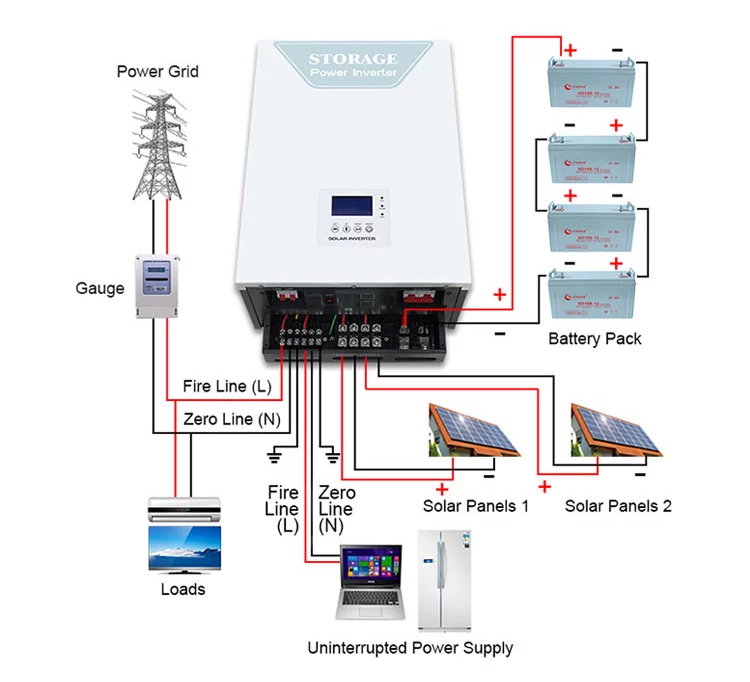 There are three working modes for the on off grid tie solar inverter:

2 When power grid is normal and the solar power is smaller than the load power, the insufficient part is supplemented by the grid; The solar and the grid feed the load together.

4 When solar has no generating power, the grid will charge and store energy to the battery through the inverter.

5 When power grid is abnormal and there is no solar, batteries will feed the load.

1. The on off grid tie hybrid solar system gives priority to the use of solar power , and when the solar power is not enough for the local load, it will be supplemented by the power grid, which can make full use of the solar power.

2. The battery will only discharge when the solar power is insufficient and the grid fails. Under normal circumstances, the battery is always in a fully charged state, so it will greatly extend the life of the battery.

2 When the solar power is smaller than the load power, the insufficient part is supplemented by the battery. The solar and the battery will feed the load together.

3 When solar power runs out or very little and the battery is placed to below 48V, the discharge power of the battery will be linearly reduced. The insufficient part will be supplemented by power grid. And when it reaches the low-voltage protection of the battery, the load will be completely feed by the grid.

4 When power grid is abnormal, the inverter will work in the independent invert mode. The solar power will feed the load. And if the solar power is insufficient, it is supplemented by the battery.

Note: under the BATT mode, if there is no solar, power grid won’t charge the battery.

1. The on off grid tie hybrid solar system gives priority to the use of solar power, and the power gird is only used as the last supplementary power supply when the solar and battery are insufficient, which greatly reduces the user\'s electricity cost.

2. There is no frequent switching between the battery and the power grid, the battery has a small number of charging and discharging, and the life is relatively long.

3. Solar/battery and grid complement each other perfectly, and the load power supply is stable.

This mode is suitable for the areas which have peak and valley electricity price. According to the electricity price in different periods, the corresponding time can be set to charge and discharge from the grid.

1 When the electricity price is low, power grid charges the batteries;

2 When the electricity price is high, the batteries feed the loads. 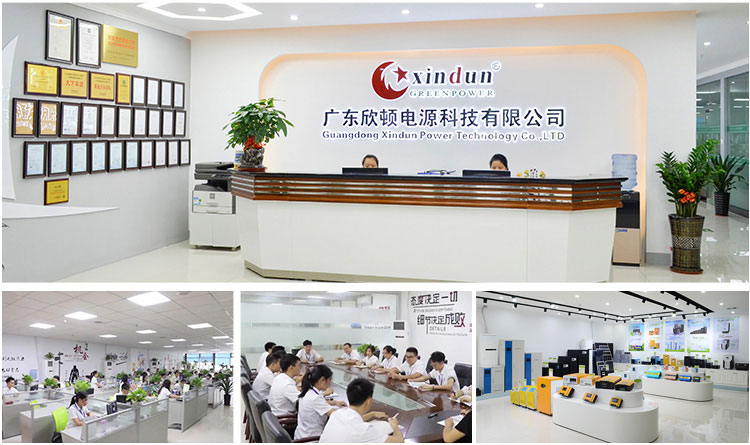 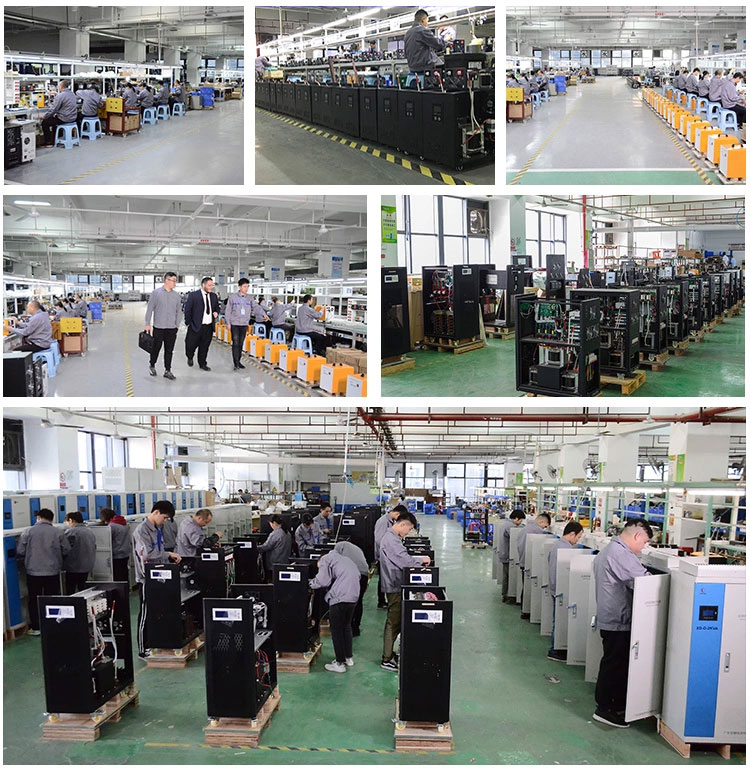 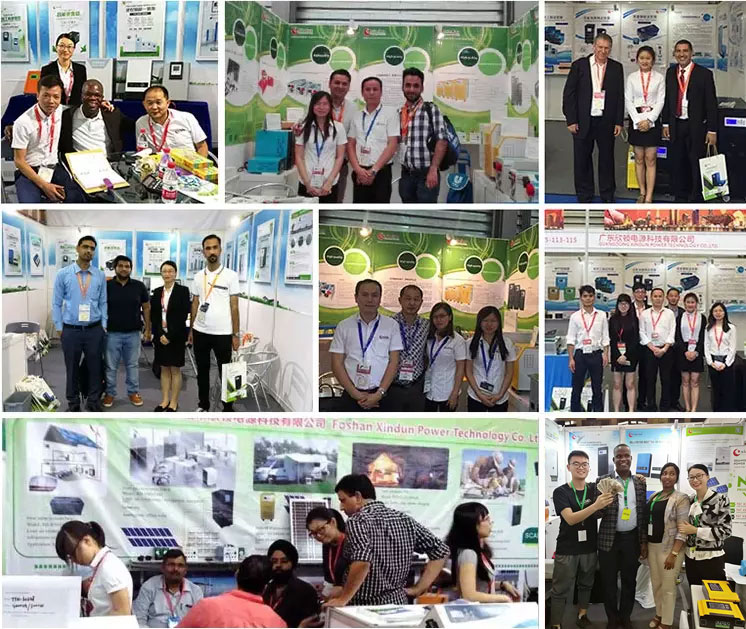 A: Yes, we are the top 10 power supply manufacturers in China, with over 7000 square meters production area. We focus on inverters, solar charge controllers, solar generators and solar power system solution. We cooperate with some famous brands all over the world, can provide customized production or add your logo on products.

Q5: How to solve the on off grid solar inverter technical problem?
A: We will provide market and product training services, 24 hours after-service consultancy just for you and to make your problem to solveeasily. 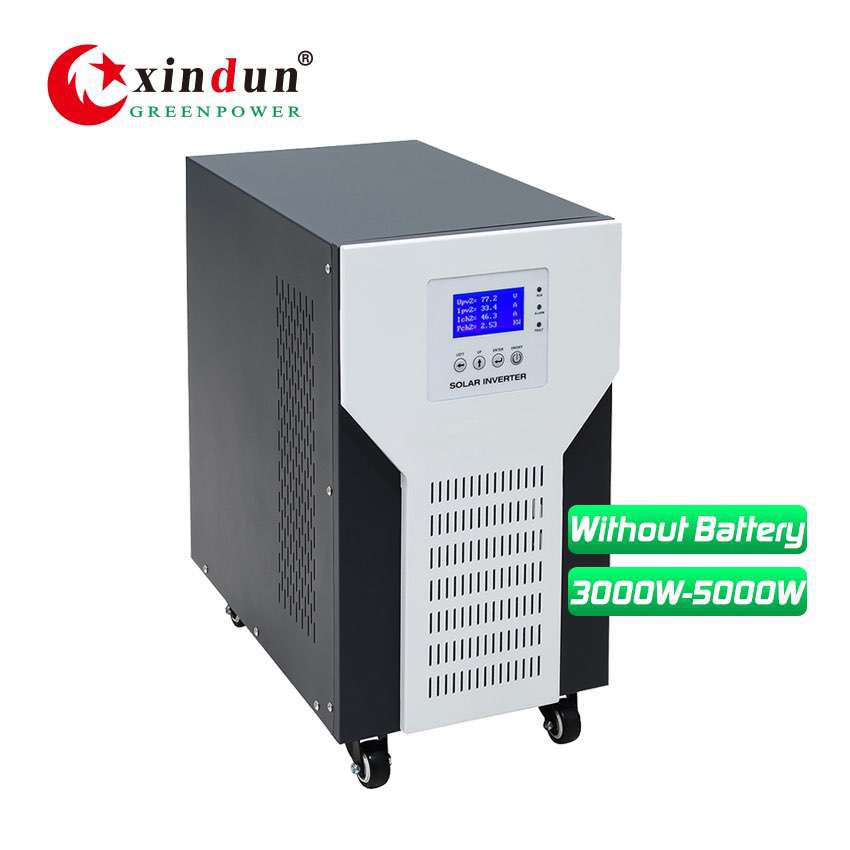 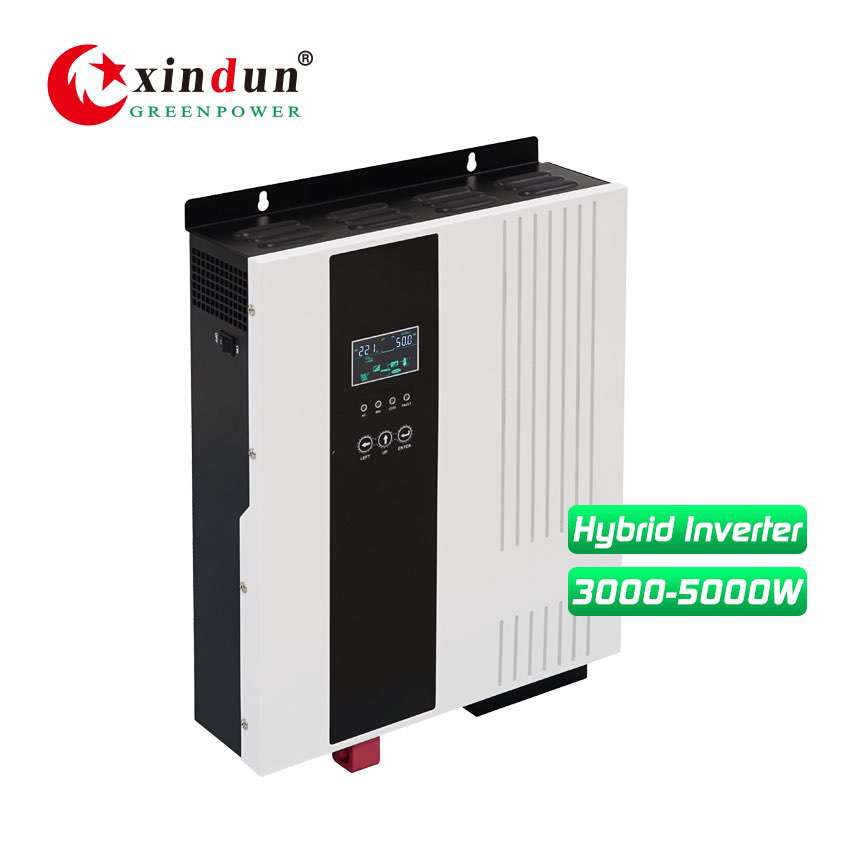 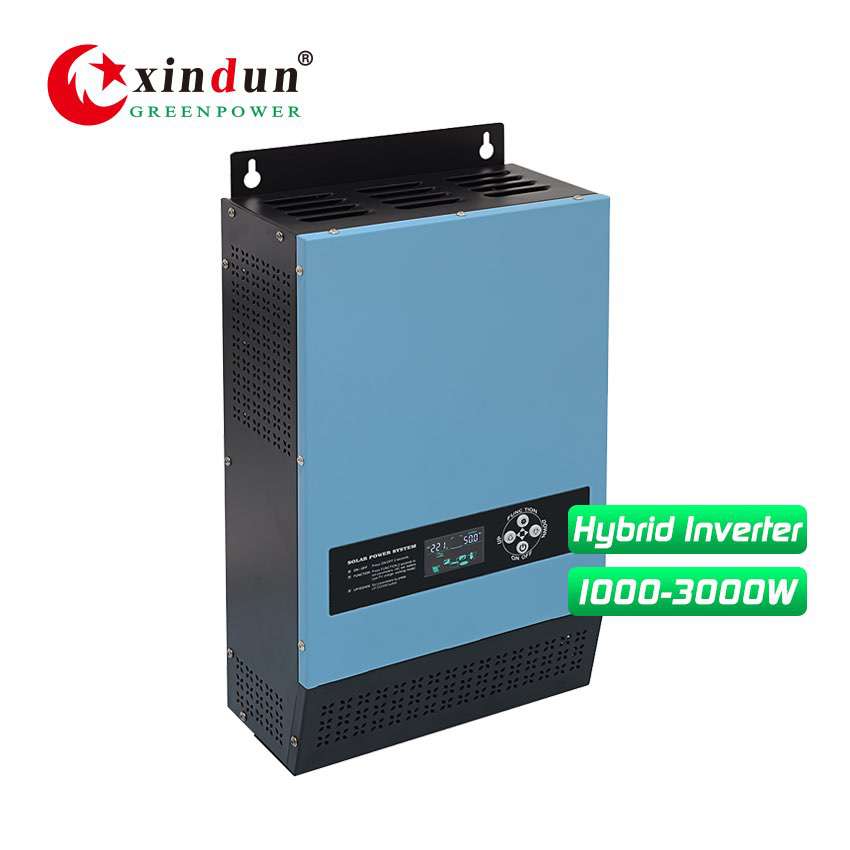 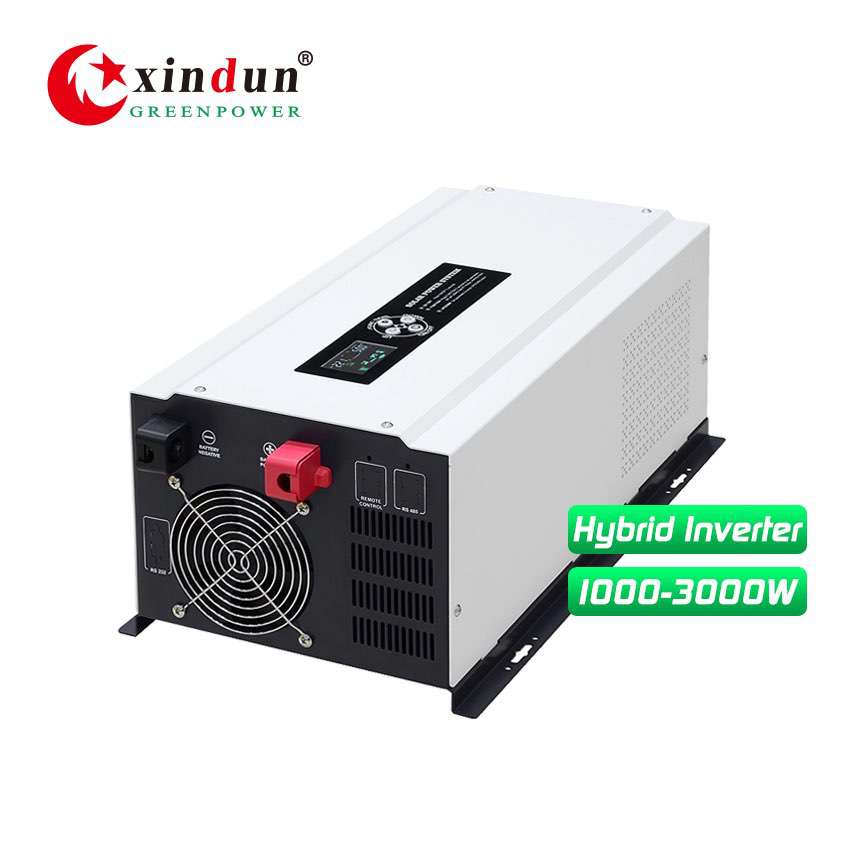 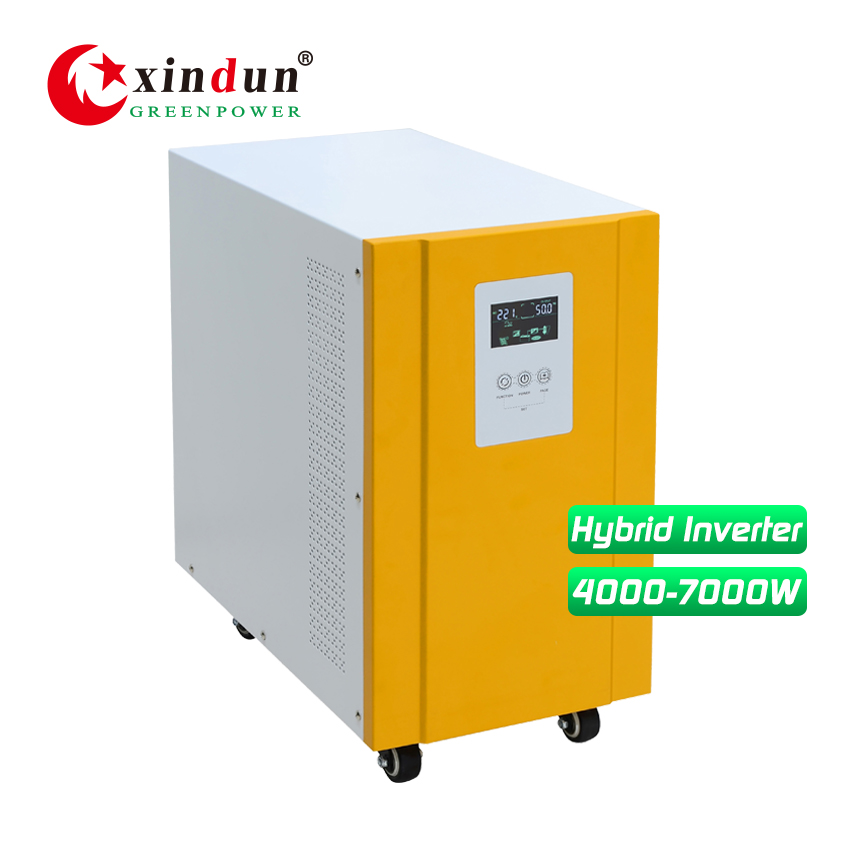 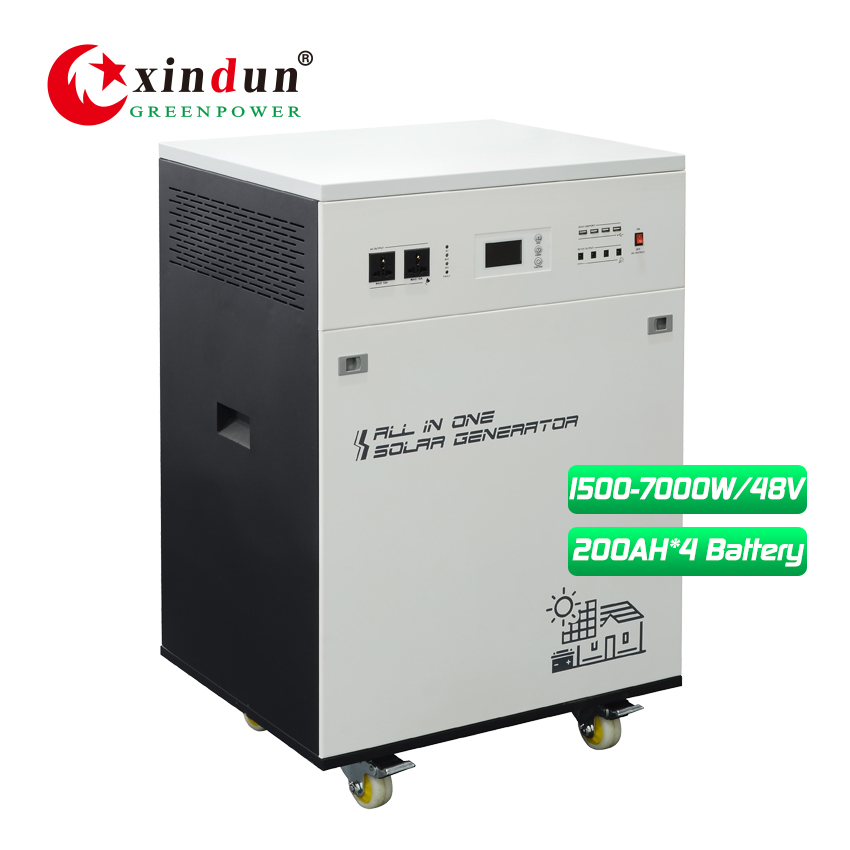