MPPT is a very core technology of inverter. MPPT voltage is a key parameter in the design of photovoltaic power station.

MPPT is a very core technology of inverter. MPPT voltage is a key parameter in the design of photovoltaic power station. 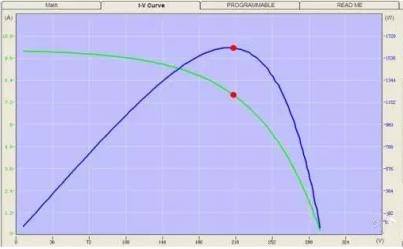 The figure above, photovoltaic modules of output voltage and current to follow the i-v curve (green), P - V curves (blue), if you want the inverter output power is the largest, requires dc voltage running in the red dot was one of the biggest point, the point is the point of maximum power. If the maximum power point is 550V, the power at 550V is 200W. At this point, the power running at 520V is about 190W, while that running at 580V is about 185W, neither of which is as high as 550V. If the inverter tracks less than 550V, it loses power, but it has no other impact on the system.

After the above basic knowledge, let\'s talk about MPPT.

Short for MPPT, namely MaximumPowerPointTracking, it refers to the inverter according to the different environment, such as temperature, light intensity of the outside world features to adjust the output power of pv array, make pv array maximum power output.

Due to the received light intensity of solar battery and environmental impact of external factors, such as the output of changes, the light intensity of electricity is much, the most power tracing of the inverter with MPPT is in order to make full use of solar cells, and make it run at maximum power point. In other words, if the solar radiation is constant, the output power after MPPT will be higher than that before MPPT, which is the function of MPPT.

1. Effect of irradiation on MPPT 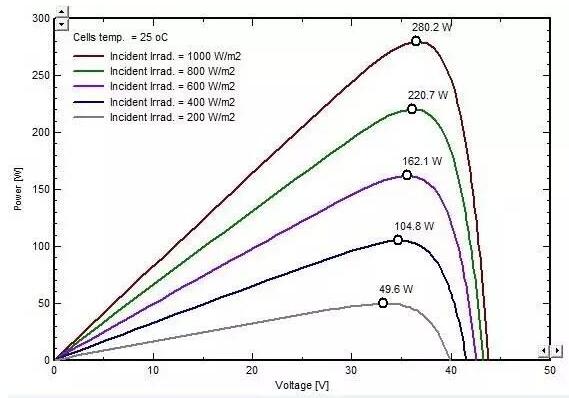 (Effect of irradiance change on the output power of photovoltaic modules)

2. The influence of temperature on MPPT 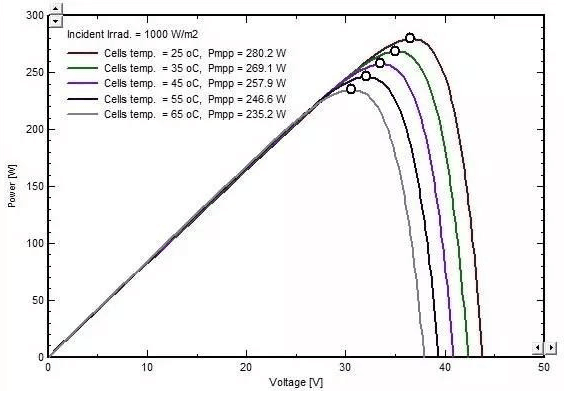 (Influence of temperature change on output power of components)