They can be very big or very small, but solar panels all use the same source for energy: light. There's a lot that happens when the sun hits a solar panel like. This article will let you know that.

They can be very big or very small, but solar panels all use the same source for energy: light.

There\'s a lot that happens when the sun hits a solar panel like. Particles from sunlight called photons hit solar panels, displacing electrons in the panels.

The displacement of the electrons is what causes current. The current is obviously the electricity that we\'re collecting from the panels and subsequently sending to the inverters. 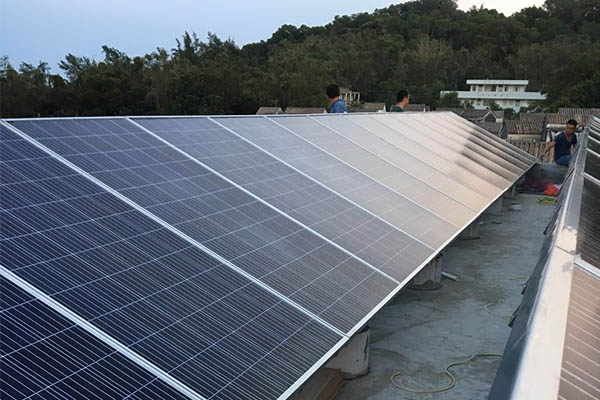 When that powerful electrical current gets to an inverter, it\'s changed into a current that can go into the electrical grid.

What an inverter does is it takes our DC power – what\'s generated from solar- and then converts it into AC which is a sinusoidal type of power. Once the power is converted to AC, we then step it up in the transformer.

From there, the transformer reduces the electricity\'s power, so it can be used for street lights, on a highway, or in your home.

Behind these units is the actual transformer that will take the power from the inverter and it will step it up to the line voltage that we need in order to put it out commercially available.

Solar panels works best on clear sunny days as we all know. But on days when there are clouds in the sky, the panels can still harness the power of the sun.

As long as the sky isn\'t completely overcast, Tremper says solar panels can still generate quite a bit of energy.