The pv inverter is the core equipment of the photovoltaic system. Its main function is to change the direct current from the photovoltaic modules into the alternating current which meets the requirements of the grid.

How to improve the life of PV inverter?

PV inverter is the core equipment of the photovoltaic system. Its main function is to change the direct current from the photovoltaic modules into the alternating current which meets the requirements of the grid.

But in fact, the inverter is not only the inverter, but also the safety housekeeper of the pv power station. The pv inverter also undertakes the monitoring and protection of the phv array and the grid, and has system-level functions such as external environmental protection and human-computer interaction. 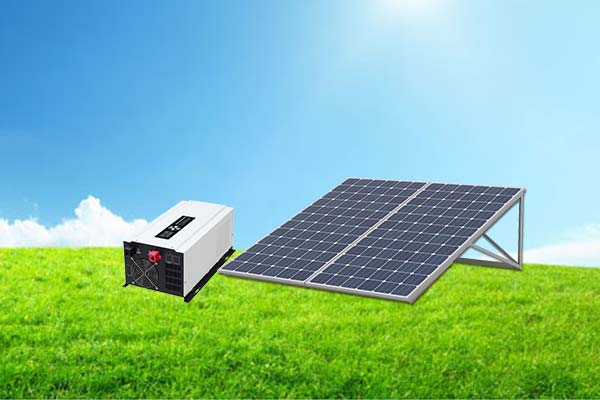 Why do pv inverters dissipate heat?

PV inverter as a power electronic equipment, and all electronic products are facing the challenge of temperature.

Of all electronic product failure cases, 55% were caused by temperature.

The electronic components inside the inverter are also very sensitive to temperature. According to the 10-degree rule of reliability theory, the temperature rises by 10 degrees and the lifetime decreases by half from room temperature, so the inverter cooling design is very important.

At present, there are mainly two ways of inverter cooling: natural cooling and forced air cooling.

Natural cooling refers to the realization of local heating device cooling to the surrounding environment without any external auxiliary energy to achieve the purpose of temperature control, which usually includes heat conduction, convection and radiation of three main heat transfer modes, in which convection is dominated by natural convection.

Natural heat dissipation or cooling is often suitable for low power devices and components with low temperature control requirements, low heat flux density of devices, and sealed or densely assembled devices that are not suitable (or need not) to use other cooling technologies.

Forced air cooling is a method to take away the heat emitted by the device by forcing air flow around the device, such as fans.

This method is a simple and effective heat dissipation method.

If the space between the components in the component is suitable for air flow or local radiator installation, this cooling method can be used as far as possible.

In order to enhance heat transfer, fins are mainly used to expand the radiator surface area. The choice of radiator material is directly related to its heat dissipation performance.

At present, the radiator is mainly made of copper or aluminum, and its expanded heat transfer surface is made by folding fin / stamping thin fin process.

Forced air cooling should be equipped with fans, with large noise, but fast heat dissipation.

In the medium power series inverter, there are two ways.

By comparing the heat dissipation ability of series inverter, it is found that the forced air cooling is better than the natural cooling. The temperature rise of the key components, such as the capacitor and IGBT, is reduced by about 20, which can ensure the inverter to work long life and high efficiency.

The temperature of inverter with natural cooling mode is increased and the life of components is reduced.

The use of high-speed fans can reduce the volume and weight of radiators, but increase noise, fan life is also relatively short;

Using medium speed fan, radiator slightly larger, but at low power, the fan does not turn.

At medium power, the fan operates at low speed.

Actually, the full power operation time of the inverter is not very large, so the life of the fan can be very long.

Attention should be paid to heat dissipation when installing the system.

PV inverter itself is a source of heat, all the heat must be released in time, can not be placed in a closed space, otherwise the temperature will rise higher and higher.

PV iinverter must be placed in an airtight space, and avoid direct sunlight.