Off-grid photovoltaic power generation system consists of photovoltaic modules, batteries, inverters, charge controllers and brackets. The off-grid power generation system does not rely on the grid to operate independently. When there is light, it converts solar energy into electric energy, and uses solar energy to control the inverter to supply power to the load while charging the battery; when there is no light, the battery powers the AC load through the inverter. Belongs to the spontaneous self-use model.

Advantages: It is not limited by region, does not rely on the power grid, and is widely used. As long as there is sunlight, the off-grid solar power system can be installed and used. 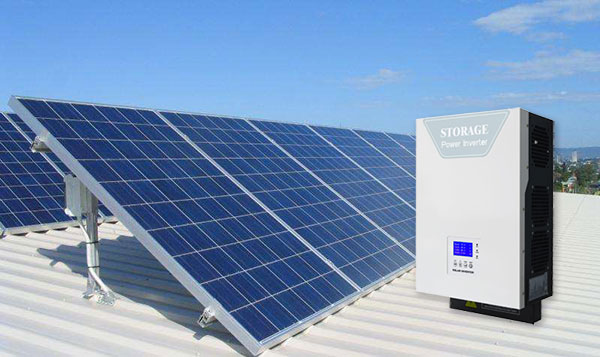 Application scope: People who want to meet their daily needs from the on-grid photovoltaic power generation system and profit from the excess electricity generated.

Advantages: In terms of configuration, storage batteries are not required, which saves costs; from an investment perspective, excess electricity can be sold to power companies to obtain revenue.