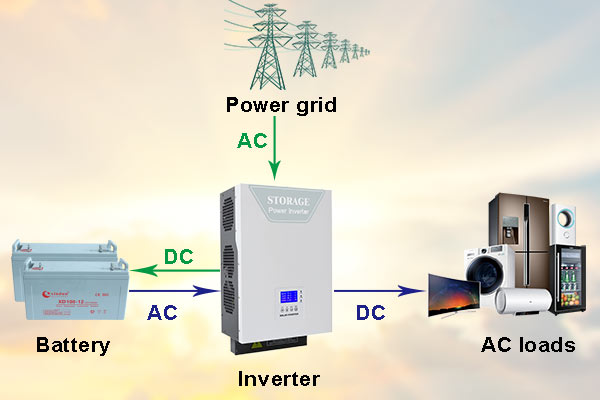 Compared with grid-connected generation system, the cost of off-grid integrated system is increased, but the application scope is wider and the function is more powerful.


And the working mode of off grid energy storage inverters:

3. excess energy is stored in batteries.

4. the remaining energy is sold to the grid.

When the electricity price is high, the battery will be used first.